Vernon Reid is the founding member, guitarist and primary songwriter of the metal-funk-rock-jazz outfit Living Colour, as well as guitarist in the Tony Williams tribute band Spectrum Road and Yohimbe Brothers with DJ Logic. We caught up with Vernon to talk about some of the albums that he has found inspiring over the years. 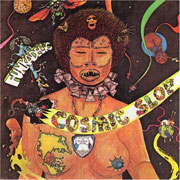 The first record I bought with my own money. I also saw the Cosmic Slop tour. This was Funkadelic at its pre punk psychedelic funkedafide height! Eddie Hazel was supreme on guitar. Funkadelic was punk way before it had a name! Cosmic Slop is still my personal favorite Parliment Funkadelic album. This Broken Heart is a kind of Acid tinged R&B ballad- fabulous. 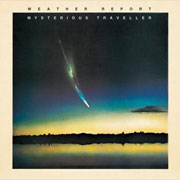 From the first bars of Nubian Sundance I was taken to a place of musical wonder & imagination. The title of the album came from the Classic Radio Sci Fi series. Cucumber Slumber features the phenomenal funk of Aphonso Johnson’s bass. In many ways the epochal sounds of the various versions of Weather Report were defined by the sound of its incredible bassists-Miroslav Vitous, Alphonso Johnson, & of course the legendary Jaco Pastorius. 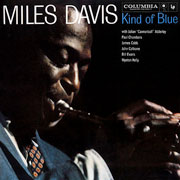 The number of iconic albums of the legendary trumpeter itself is staggering; I could make this list entirely of his albums. Kind Of Blue has inspired generations of artists of every discipline and genre. My daughter Idea was born to its modal melodic hyper modern sound. 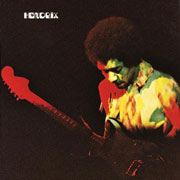 I was too young to experience (get it?! BaDoom Krash!) Jimi live. I heard his records in scrambled sequence; this is the 2nd album of Hendrix’s that I heard ever on the recommendation of a high school friend. I had heard Axis Bold As Love first and became instantly awed & entranced by Jimi’s extraordinary power & relentless presence. The Band Of Gypsies record was astounding to me. The version of the harrowing sonic poem to the horror & waste of war, Machine Gun is one of the greatest moments in the history of rock music. 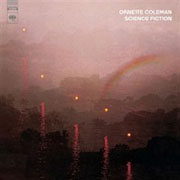 This is Ornette’s initial foray into combining rock & lyrical elements with his revolutionary harmolodic/free approach to jazz. My favorite song on the album, “What Reason Could I Give”, features a haunting & beguiling vocal by the extraordinary Indian vocalist Asha Puthli -a tribute to the terrible timeless passion that is love. 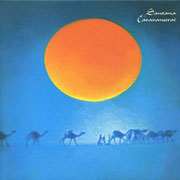 This record was a near total break from the Santana Band’s tightly compact Bay Area Latin Funk to an open-ended exploration of jazz influences. Carlos Santana was my primary influence to pick up the guitar initially with the pop hits “Evil Ways” & “Black Magic Woman/Gypsy Queen.” Caravanserai came along at a crucial time in my listening to music, and was exhilarating & terrifying in its way. Caravanserai was the first in a series of amazing jazz inspired records- Welcome, Borbolleta, Love Devotion Surrender, and Illuminations. Sanatana’s music of this time period had a deep & profound effect on my perception of what it was possible to do in the arena of rock music 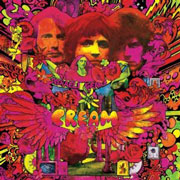 The 2nd Cream Album included the legendary songs “Tales Of Brave Ulysses”, “We’re Going Wrong”, and Cream’s most signature song, “Sunshine Of Your Love”- arguably amongst the greatest riff-based songs ever recorded in Rock & Roll. Based on a descending Blues scale tied to one of the slyest lyrics about lusty anticipation ever penned, it remains a hallmark of blue based Hard Rock. The first time I heard it as a child from my radio it became an instant favorite. Playing that incredible song with the legendary Jack Bruce has been and will ever remain amongst the most cherished of my life’s experiences. 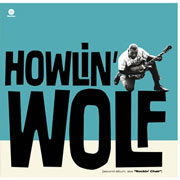 One of the greatest proponents of the electric blues! Chester Arthur Burnett was without question one of the most unique, influential, and flat out important American blues players. Wolf manages to be both earthy, direct, mysterious, and abstract all in one go. His voice has influenced artists as diverse as Tom Waits, Jimi Hendrix, and Captain Beefheart. I keep coming back to songs like Killing Floor, Commit A Crime, Spoonful, Howling For My Darling, and Red Rooster. Hubert Sumlin, who influenced Clapton, Hendrix, Page, and countless others (including myself), is one of the many under appreciated heroes of Rock & Blues. 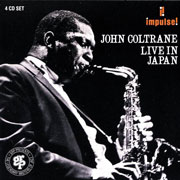 The version of My Favorite Things from this legendary band at the height of its powers is life changing (at least for me!) My first music teacher held an after school jazz workshop where he would play records for us. I remember him playing the Julie Andrews version of My Favorite Things and then playing Coltrane’s version. What was most shocking to me was the sense that I had of Coltrane’s absolute love of Julie Andrews’ version- the respect he had for that melody, those lyrics. 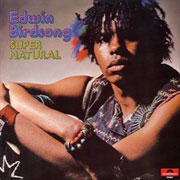 This album is an underground classic by keyboardist and vocalist Birdsong produced by Eddie Kramer of Hendrix fame. It features an 18 year old wunderkind on guitar, Ronny Drayton, who was (is) a massive influence on me, and has since become one of my dearest friends. This album was SO ahead of its time! Ronny’s playing on it is a HUGE factor why. Birdsong is a rallying, almost mystical presence. Not a blues shouter or displaced gospel voice, but more in the line of Hendrix’s style of singing yet utterly original. This record defined in my mind, the idea of “Black Rock” with its drive, passion, and independence of spirit.