We’ve talked to Pete Kember, aka Sonic Boom, twice before on this blog: once in a interview about his music and adoration of vintage analog synthesizers and once again on the topic of Peter Zinovieff’s music. We caught up with him again as he was finishing up work on Panda Bear’s Crosswords EP for a list of 10 albums that really inspired him. So, without further ado, here are Sonic Boom’s 10 Favourite LP Gems. 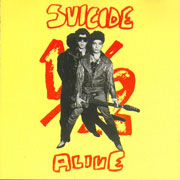 Suicide remain one of the stand out bands for me. This collection of early recordings glows and crackles with the early energy the band would later take on to new levels with their studio LPs. The Suicide line-up of Alan Vega & Marty Rev was a pretty special formula and their intentional minimalism was a big influence on my own thoughts on songwriting. 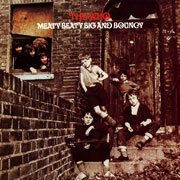 The Who, Meaty Beaty Big & Bouncy

The Who have always been a really special band to me . I loved the early singles, particularly this LP of covers. They made such powerful records that really resonated with me as a kid. I still maintain John Entwistle’s playing, and also that of Keith Moon and Pete Townsend, all set the bar on their respective instruments. Very few people have had the ability to tie together so much playing and songwriting talent in one group. 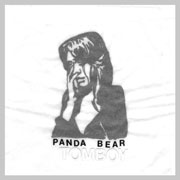 Panda Bear is one of a small handful of people I feel are really busting it out in this day and age. Across his 5 solo LPs he’s really sought to do interesting and moving things with soundscapes and songwriting that I don’t hear too much. This album is punishingly beautiful. I had the privilege to work on this record and spent many hours just listening… something I hadn’t done so much in a long time . The separate layers were equally stunning and it was like trying to mix whilst someone is hypnotising you. It’s an effect I only really have experienced previously in my own work and it was a special experience to be snowed in week after week surrounded by a few close friends and this music. 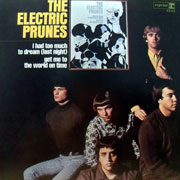 The Electric Prunes, I Had Too Much to Dream Last Night

Indeed I did, and this was one of the soundtracks… The Electric Prunes are a pretty well kept secret, but who released two finely-honed masterpieces in their first two LPs and a close second with their third. We liked the production by Dave Hassinger so much that we sought him out to produce Spacemen 3’s The Perfect Prescription LP. Unfortunately we never traced him, though I now know he died in 2007. It’s very much a timepiece from a very exact moment in pop history and is still to my mind one of the masterpieces of the emerging psychedelic garage and rock scenes. 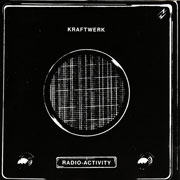 Luckily for me, the people responsible for syncs on British television used Kraftwerk a lot interspersed with the priceless public information films, like this awesome short about the EVOLUON Exhibition. These became a special place for me growing up. Autobahn was edited down to a hit single in the UK and, along with Radio-Activity, was the more likely stuff you’d hear on various science shows, etc. In ’79 they released a radioactive luminous green 12″ of “Neon Lights” and I was sold for life… I would charge up the luminous disc on a lampshade top and then, with lights all off, sit and watch the beautiful pulses emanating from the spinning disc. Formative stuff indeed. I loved how Kraftwerk released different language versions of their main LPs in German, English and French, but on Radio-Activity they merge all three. It also has some of the punchiest synth sounds ever. One of the greatest bands ever, for me. 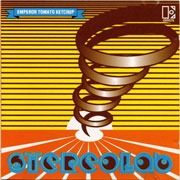 This is a band who made a host of great LPs, but this double offering from the late ’90s is one of the most varied in tunes (but not in quality). This shows a band in sync with their producer and simply on fire with the performances and songwriting. One of the greatest records of all time. Stimulating. Smart but always very rock n roll.

I was blessed growing up with puberty & punk hitting a simultaneous one two punch. There were a host of really great punk singles, but this LP for me stood out as pretty perfect in its mix of tracks and moods. Some of the non singles (Sub-Mission and New York) have every bit the power & intensity of the singles, though on Sub-Mission it’s dragged down to a murkier darker place that always really appealed. This band had a super short life, but the LP, singles and B-sides alone make a catalogue anyone would be proud of. The musicianship is always underplayed, but Steve Jones’ smart mouth Chuck Berry shows, Paul Cook’s power drumming and Glen Matlocks melodic swoops tell me they were all masters of their instruments and the magic they could summon was the stuff of which legends are truly made. This is the type of band I miss. Outspoken. Irreverent. 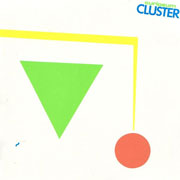 This is from the mid 70’s and is one of many Cluster or Harmonia records I could point to as transcendental and elegant . One of music and Austria’s better kept secrets. Many of their ideas and vibes found more parlance thru the work of Brian Eno, and he’d be a fool to deny it. There is one LP I never bonded with, Sowieso, but there are maybe two dozen others that all bob around a similar level of excellence. Seek these out if you can. 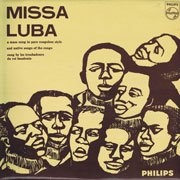 I first heard part of this LP as the soundtrack to the film If…., featuring Malcolm McDowell. The LP is essentially a latin mass but sung by Congolese tribespeople. I find the music and the rhythms really evocative. The music of the Congo seems to have a special mix of vibes to it that I like a lot. Konono #1 and others take that to beautiful places, but there is something unique and pure about this reading of these ancient liturgies. 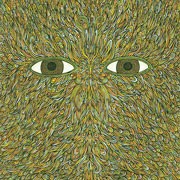 I’m not really a hip hop type dude. I like some stuff – the Adrian Younge Ghostface Killah 12 Reasons to Die LP was great, but on the whole I don’t like braggy, confrontational stuff, so I’m out of my depths when I leave the trip hop zone. Flying Lotus somehow seems to embrace the best of hip hop’s experimental side and his use of electronics and sampling really works for me. This mini LP is one of my favourites of his, although there’s usually gems on every disc.

Listen to No Mans Land off the new Panda Bear EP Crosswords here: