In this installment of Simple Synthesis we’ll be looking at a technique that can achieve a wide variety of sonic results, while also having less computational overhead than a lot of more traditional synthesis approaches. Say hello to Wavetable Synthesis!

Wavetable synthesis is a digital, sample based synthesis technique that was developed on the 1970s by Wolfgang Palm at PPG, and made popular in 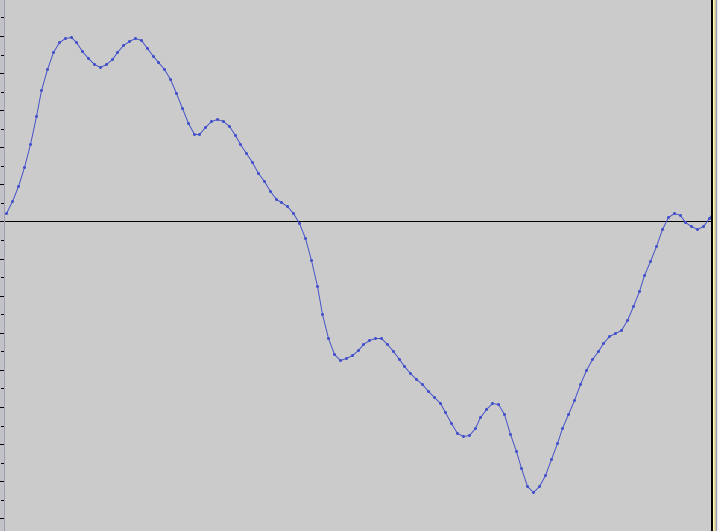 synths like Waldorf’s Microwave Synth. This synthesis technique can also be found in modules, and is easily reproduced in the digital (software) realm. It can be used to create very natural sounding tones by using samples of real instruments to fill the wavetables. You can also fill the wavetable with any arbitrary single cycle waveform, such as the one to the right, and most modern wavetable synthesizers allow for user defined wavetables. This opens up a lot of possibilities for creative sound design.

This technique is very similar to how DCO (Digitally Controlled Oscillators) function. When played, a DCO retrieves a sample based on the numeric value of the Oscillator. Pitch is created when the DCO reads through the lookup table at different speeds. The main difference between wavetable synthesis, and sample lookup synthesis, is that there are usually many wavetables played sequentially, that are combined and crossfaded to give the impression of an evolving sound over time.

Let’s talk about some of the properties of wavetable synthesis. Each wavetable is a single cycle of a waveform. If that waveform is a sine 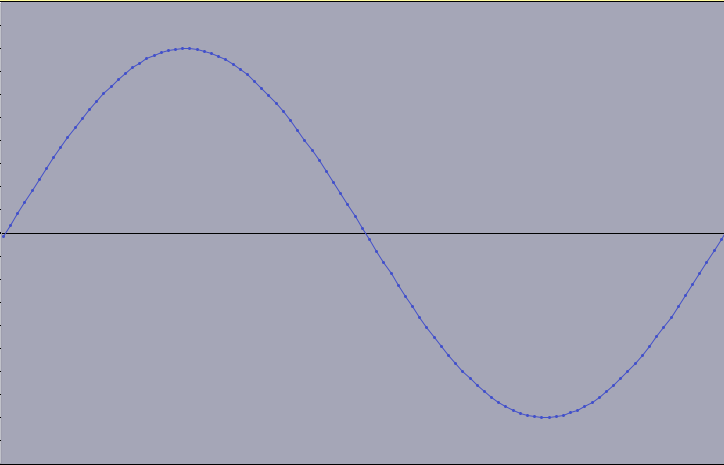 wave then we would have a sine wave oscillator. In fact, if all of the harmonics in a wavetable (or series of wavetables) is harmonic the result can be seen as equivalent to Additive Synthesis. Because of the low processing power required, you can imitate filters and other expensive synthesis methods by playing the right type of wavetables in sequence. If each waveform is a little duller (or brighter) than the previous, sweeping filter-type effect can be achieved. Another advantage is the ease in which complex timbres can be synthesized. For instance, you can have separate groups of wavetables for the attack, sustain and release phases. This can produce some very rich sounding timbres at a relatively low computational cost.The fact that we can store any arbitrary waveform in a wavetable opens up some nice sonic possibilities, but care must be taken when choosing the wavetables. If successive wavetables have harmonic content that differs greatly, you will hear artifacts as the tables are crossfaded with each other. Though sometimes these artifacts are just what you’re after.

Wavetable synthesis gives you access to a few interesting sound design techniques that involve manipulating the way the wavetables are played and allowing to you to change the timbre over time. Frequently the wavetable selection and travel rate will be controlled by an LFO or Ramp, but on a module like the Waldorf NW1, you can freely route control signals to the position and travel speed of the wavetable playback. This allows you to explore the other area that wavetable synthesis excels at: the creation of abstract sounds. Scanning through samples  at different speeds, and at different positions, can produce some very interesting results. You could easily set up some LFOs to control the different modulations on the Waldorf NW1. 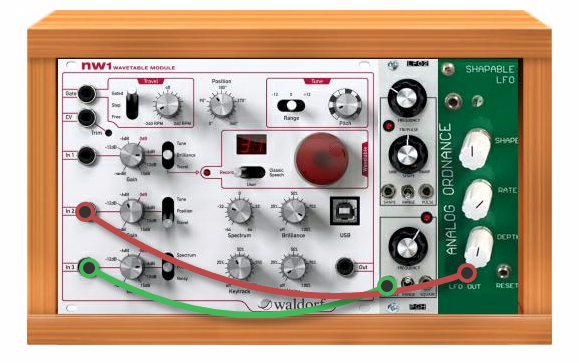 Although wavetable modules aren’t terribly common, there are a few out there if you are interested in adding another versatile sound source to your modular rig.