The technical way to describe the AM process involves an initial oscillator called the carrier, which is what gets heard in the traditional way, while the second oscillator, called the modulator, is not directly heard but instead modulates (changes) the volume of the first oscillator. If your modulator signal is running slowly, such as at LFO rate, then you will hear the carrier get quieter and louder – this is often called tremolo. 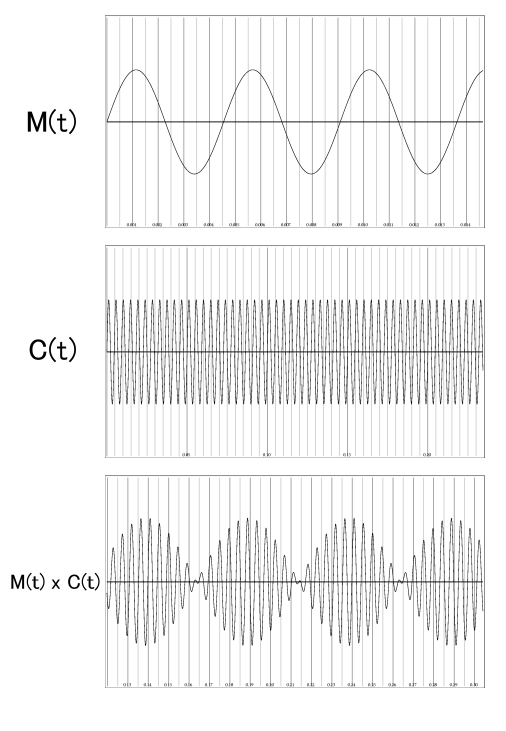 If your modulator is sped up to audio rates, however, strange harmonics will begin to emerge because your modulator is now fast enough to manipulate individual cycles of the carrier’s signal, effectively adjusting its wave shape.

To try this out in a modular context it will require at least two oscillators and a VCA.

* Monitor the output of the VCA

(The following patches are optional)

* If you wish to use Amplitude Modulation (AM) in a larger patch with an envelope generator (EG), you can patch from your VCA output into the signal input of a second VCA (VCA 2)

* For the purposes of this article, if using an EG with a CV Keyboard such as a QuNexus, give yourself a high sustain level and hold a key down to hear what AM synthesis sounds like

From here you can experiment with different speed settings on your two oscillators. If your VCA does not have a CV input attenuator then you can run your modulator through a separate attenuator module to adjust the depth of the amplitude modulation.

Watch the following video for an AM tutorial by Raul’s World of Synths: