Scott Amendola is a drummer and central figure in the SF Bay Area music scene. As a founding member of the Nels Cline Singers and through his work both leading his own bands and with other legends the likes of Charlie Hunter, he has expanded the field at the intersection of jazz, experimental funk and avant rock. We’ve been working a bit with Scott to get the BopPad dialed in, and took the opportunity to ask him to tell us about some of his favorite albums; the lauded or sometimes under-appreciated recordings that were formative and impactful to his musical sensibilities. 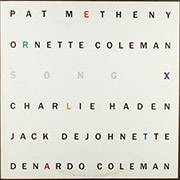 I saw Pat Metheny anytime he was in NY starting in the early-mid 80’s. I saw this band live. Life changing. I mean, Jack Dejohnette, Charlie Haden, Pat, Denardo, and Ornette… Holy shit. My head was blown off. Changed the way I heard music. Changed the way I felt about music. But I really didn’t realize the impact until later. I was in a daze for a while. I constantly go back to that concert, and that record as information that catapulted me forward. 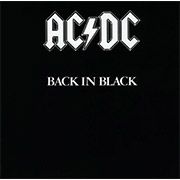 AC/DC – Back In Black

This was probably the first record I bought that I wore out. I love metal/heavy music. But I like the “roll” in Rock n’ Roll. There’s history in the pocket/groove of AC/DC. This lead me to Bon Scott, and their whole catalog. Those guys listened, and listen to Little Richard, and lots of early soul, and R&B. They get it. Their music has a swing to it. If it’s not there, it ain’t right. 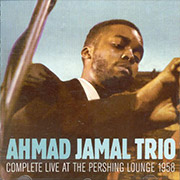 Ahmad Jamal – Live At The Pershing

I grew up listening to jazz. When I heard this trio with the space, the deep pocket, the crispness of Vernel, the lyricism of Ahmad, and the deep pocket, and rock solid foundation of Israel. I still put this on and am in awe of how young and mature these guys were, and how earth shattering it was, and really is. 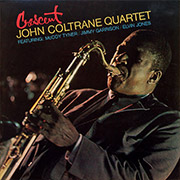 Powerful. The power of this quartet. This record sends me. I don’t think I can just put it on and do stuff around the house. I have to listen and imagine I’m there. What an arrival for a band. Bands are the best. This quartet was so special. “Crescent”, for me, is the pinnacle of this quartet. The depth of their musical relationships, the respect, the love… 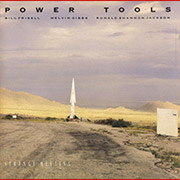 I’ve become close friends with David Breskin, the producer and instigator of this record. Frankly, this record, in my opinion, is perfect. The territory that is explored, the mountains climbed, the musical realms accomplished… This is it for me. So incredibly deep, interesting. It touches on all I love about music. Three unique voices come together as one and forge a place in musical history that, again in my opinion, has been untouched. I also think this record is under appreciated. 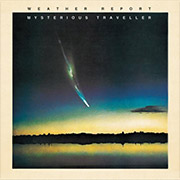 “Black Thorn Rose”, track 5, is an improvisation with Joe Zawinul and Wayne Shorter. I listened to this track over, and over, and over, and over, and over again. The information here was a vital piece of my growth as a musician. It informed the idea of sticking to ideas, space, emotion, the deep connection with two people over a long period of playing. And, most importantly, melody. I come from a melodic place when I’m playing. I think this track was a big part of moving in that direction. I can only imagine the improvs Joe and Wayne did that we never heard.

I grew up listening to fusion. And I love fusion. Yes, I do. These three records of this band are so important. Steve Jordan on drums, Anthony Jackson on electric bass guitar, Manolo Badrena on percussion and voice, and Steve Khan on guitar, and the composer of all these tunes. Grooves, for days. Steve Jordan and Anthony Jackson create these incredible grooves for Steve Khan, and Manolo to create in. The problem with most fusion music is that there are way too many notes, and not enough true band interaction, and fucking groove. These records have space, groove, and great band interaction.  3 epic records by and epic band. These records are cult favorites. Underground fusion diaries. They too are under appreciated. 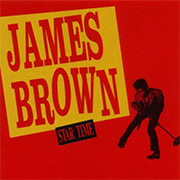 If you’re a James Brown fan, this boxset is a must. I picked this up right as I got to college, Berklee. This collection of CDs was on rotation for years. What can I say? Grooves grooves grooves. When I adopted two cats in 1995 I named them Jabo and Clyde. John “Jabo” Starks, and Clyde Stubblefield are the stars here. Changing history with their deep grooves, but in unique ways. Moving around the back beat. Subtle, hard hitting at times. But always, making one’s pulse rise in the deepest way. 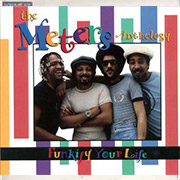 The Meters – Funkify Your Life The Meters Anthology

Zigaboo! WOW! Talking about changing the course of drumming? Take 2nd line drumming, and add the concept of the 2 and 4 NOT being the most important part of the groove, but the shit is GROOVING HARD! Zig turned my head upside down, and then some. I would play along with these tracks over and over again. Game changing for drumming, funk, and soul music. These guys know how to raise the roof off of any room! 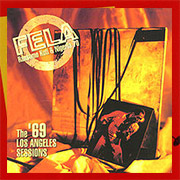 Tony Allen-one of the most unique voices behind the drumset, and also one of the most understood, in my opinion. He invented Afro-beat. Not just drumming, but the whole genre. If you put a great funk drummer in there, the music still would groove, but what Tony did was make it something else. Fela knew it. This record, and any of Fela’s records with Tony on it are amazing. Bar none. AND, Tony’s making music still under his name and I have all of his stuff. Also incredible. Inventive is a key part of what I try and do. Tony has been a big inspiration for that.

Thanks Scott! Be sure to check out his work at: http://www.scottamendola.com/