For the second installment of the Rewind Record Review I’m going to dig up and dust off an old favorite, one of the first records to blend electronic sounds and pop music in wonderfully psychedelic fashion, the brainchild of bassist and instrument inventor David Vorhaus brought to life with the tape manipulating expertise of the wizards at the BBC Radiophonic Workshop, from 1969, the one, the only: White Noise An Electric Storm. 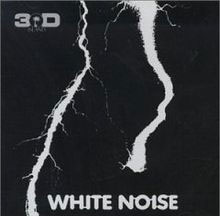 If you’re looking for a place to start with this record, I don’t think there’s a better way in than to take a seat, put on a pair of headphones, and read from the record sleeve (pardon the caps, but this is how the text is presented and it deserves to be shouted): “MANY SOUNDS HAVE NEVER BEEN HEARD- BY HUMANS: SOME SOUND WAVES YOU DON’T HEAR- BUT THEY REACH YOU. ‘STORM STEREO’ TECHNIQUES COMBINE SINGERS, INSTRUMENTALISTS AND COMPLEX ELECTRONIC SOUND. THE EMOTIONAL INTENSITY IS AT A MAXIMUM.” And in the spirit of that pronouncement follows one of the oddest recordings around.

Most of the sounds on the record are products of tape manipulation; there are very few synthesizers employed on the record at all. The “Electric Sound Realisation”, as it is credited on the album, is courtesy of Delia Derbyshire and Brian Hodgson from the BBC Radiophonic Workshop. You may recognize their names from their association with the BBC television show Doctor Who (original series), to which they contributed the theme song and sound effects for everything from the TARDIS to the Daleks. It’s this same variety of sci-fi sounding electric psychedelia that they bring to Vorhaus’ vision of White Noise.

This electronic treatment and sci-fi (now, perhaps, retro-futuristic) aesthetic constitutes the sole truly unifying feature of the album, which was originally imagined as a single before Island Records, excited by the prospect of new sounds and a new direction in music, expanded the scope of the record to a full LP (still clocking in at about 35 minutes).  As a result the songs range from traditional 60s British psych rock (Love Without Sound, Your Hidden Dreams) to novelty recording (Here Come the Fleas) to full experimental electronic tape jam (Black Mass: An Electric Storm in Hell).  In all, though, White Noise An Electric Storm exists as a complete concept and documentation of an experiment in pop music; a direction that would later be embraced by bands such as Stereolab and Broadcast, and a precursor to much of the sample manipulation and pastiche that would become a common in modern electronic music production.

“Take me and you’ll begin to understand…”