Hey, Tom here. I do artist relations work here at KMI, but in addition to being a member of the creative marketing team I’m a record digging junkie of the highest order. I’m going to try and start a regular editorial here on records and bands that I think more people should be aware of. So, without further ado I give you… Chrisma, Chinese Restaurant. 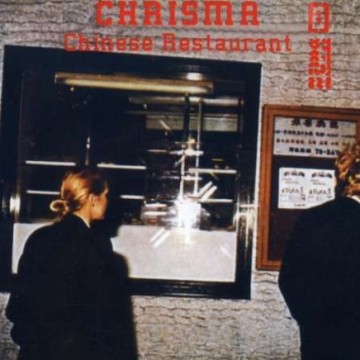 Chrisma was an electronic punk synth pop project from Italy comprised of the core husband and wife duo Maurizio Arciere and Christina Moser with collaborators including Nico Papathanassiou (and rumor has it his brother Vangelis) and, later, Hans Zimmer. Their debut album, Chinese Restaurant, was recorded in Vangelis’ Nemo studios and released in 1977 and it’s been blowing my mind recently.

The album opens with “Thank You”, a slow and plodding almost Neu-esque drum machine beat and and orchestra of synths that swells until the track sounds like a James Bond anthem. From there we’re treated to the album’s two singles. “Black Silk Stocking” almost sounds like a Ladytron recording, with loose guitar wails feedback over/behind a four on the floor drum and bass beat and sharp vocals. “Lola”, the other single from the record, made it onto the Top 10 list and features a vocal duet, bubbling echo effect, and melodic synth line entwined with classical acoustic guitar. The album continues to walk the line between Kraut and punk, with driving beats heavy bass and disaffected lyrics on “C.Rock” “What For” and “Wanderlust” before coming back down with the Yamaha CS-80 heavy (Vangelis, remember?) “Lycee” and “Mandoia” and wrapping up with a reprise of the opening track. A solid album, “So schön you can komm…”

Fun fact: While promoting Chinese Restaurant on tour, frontman Maurizio Arciere gained attention for brandishing a razor blade on stage and cutting his index finger clean off in a move that became known as the “finger job”, but I can’t say if this is fact or Jim Morrison style apocrypha.