In 1964, in the garden shed of a house in Putney, Peter Zinovieff- a mathematician, engineer and inventor- installed the first computer housed in a private residence and changed the history of electronic music forever. Over the years, composers, musicians and bands ranging from Harrison Birtwistle and Karlheinz Stockhausen to Paul McCartney and David Bowie to Pink Floyd and Kraftwerk would all make the trip to visit this strange and exciting experimental studio. The Electronic Calendar: The EMS Tapes is a retrospective on the work done in early electronic and computer music at EMS (Electronic Music Studios) from 1965 until its dissolution in 1979. The recordings are presented as a deluxe two CD set with extensive liner notes, exclusive photos and Zinovieff’s own diary entries compiled by Sonic Boom a.k.a. Pete Kember (of Spacemen 3, Spectrum, EAR, et al). We caught up with Peter Zinovieff and Sonic Boom, who were kind enough to field some of our questions about the release of the retrospective, the history of the studio, and visions for the future of electronic music. 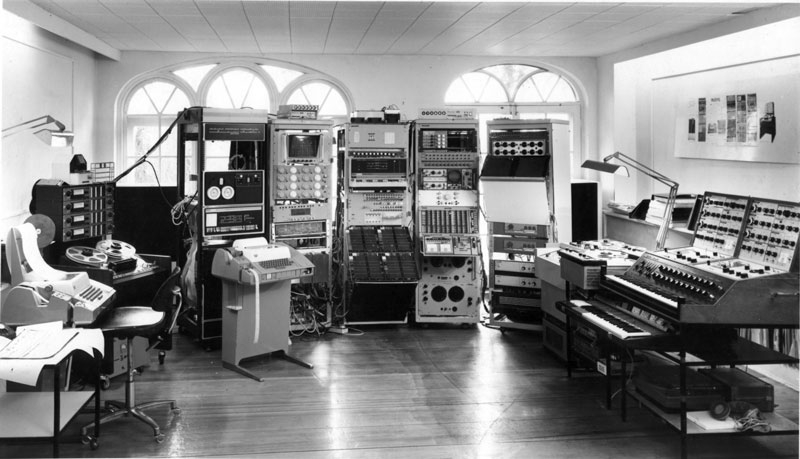 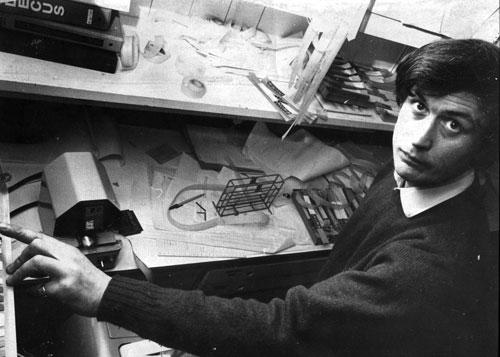 When you first started creating electronic music machines and computer music compositions, did you have a sense of how grand the scope of this musical world would become?
I suppose I always knew that the future was going to be ever and ever more technologically refined. But it would have been a gigantic jump for me to have thought that in my own lifetime I would have a computer with 50 terabytes of data. I am not sure that terabytes was actually a word. On the other hand, at EMS we made primitive graphic displays and keyboard interfaces. I suppose, in a way, what I did in those early days was already very grand and my ideas of the computer human interface are still very far from being realized.

Do you have any predictions about the future of computer music? What would you like to see as electronic music moves forward?
There still are some horrible things in electronic music production. For instance the clunkiness of keyboards, mice, touch screens. There is no very radical, easy to use, instinctive musical interface. The other horrible thing is that we have to use loudspeakers. It will be marvelous when we are liberated from these directional old fashioned devices and we can specify the position of any sound in space. After all a symphony orchestra can do it but an electronic musician can’t. I have recently been very involved in such experiments. I also feel that the early experiments for a better graphic interface with visual scores has not progressed very well. It will. At the moment all DAWs are very similar with linear progressions of layers of individual sounds. 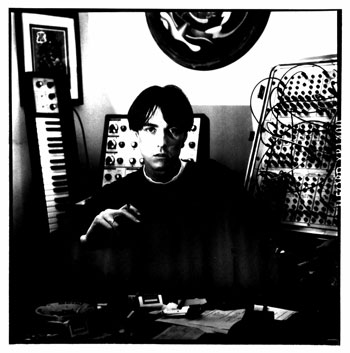 How did you come to know Peter’s music?

I found out about EMS and some of their products in the early ’90’s thru the newly emerging internet. From that I sought out a Synthi, which I purchased from Edward Williams – a later owner of the EMS company. I think through him, and through Robin Wood and eventually Delia Derbyshire and Tristram Carey, I started to assemble some sort of picture of the breadth of what EMS had done. From small writings I turned up in library books and some conversations with Hugh Davies (who was very early in trying to document the outputs of all the emergent electronic music studios) I got in contact with Peter Zinovieff to see if he was interested in letting me put together something to let people hear these mostly unheard pieces, and to let people know what pivotal and innovative designs emanated from the company in its first decade.

Where did you find all the sources in compiling the book that accompanies the recordings?
Robin Wood, the guy who started at EMS in the late ’60s sweeping up tape snips and ended up- as he does to this day- manufacturing, servicing and customizing the Synthi VCS 3, the Synthi A and a number of other time honoured and much coveted designs. He put me in touch with Tristram and Peter. Peter put me in touch with Alan Sutcliffe and perhaps Peter Grogono in Canada… A host of people. I tried to speak to as many as possible as Peter hadn’t kept diaries or an exact history. Robin Wood was unceasingly generous with time and information, and slowly I made contact with most of the major collaborators.

What amount of mixing and mastering went into the post-production of these tape recordings?
The tapes came mostly from Peter Zinovieff and were the remains of whatever tape library had originally existed. Luckily he had all the major known pieces and many more fascinating experiments. Many of these are simply ‘that run’. Most of the programmes were probabilistic and the computer was taught and encouraged to arrange, re-arrange, compose and improvise based on strict definitions of musical parameters developed by Zinovieff and Grogono. There really needs to be a book in order to document and tell the full EMS story from every perspective, but I felt it was important to put out the fruits of his stunning work and research. For an example, the work on what we now call sampling, and analysis and resynthesis, was unparallelled. The innovative use of mini computers to control banks of analog oscillators, and finally a digital oscillator bank, was a key step to the whole way we think about music now.

Thanks Peter! Thanks Sonic Boom!

Check out this video for more history on Peter Zinovieff and Electronic Music Studios!