So we’re back from NAMM 2016 and wanted to give everybody a quick recap of the event. We met with many enthusiastic and inquisitive customers, buyers, artists and media, and shared in all of the great ideas flying around the convention center for those four crazy days. 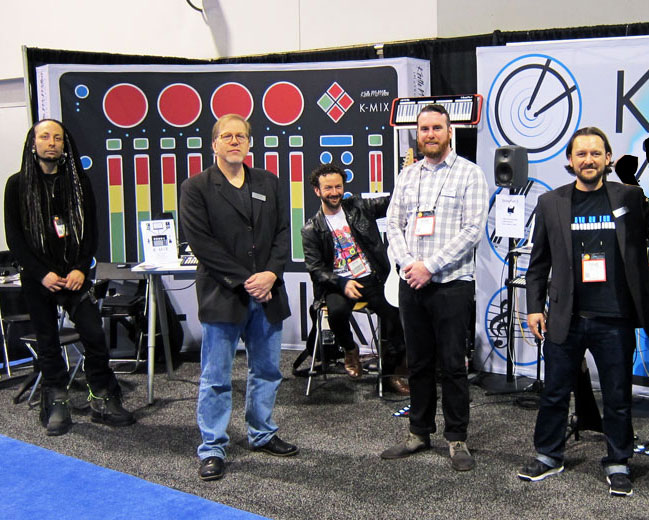 NAMM 2016 was a great year for “Multi-dimensional Polyphonic Expression”, or MPE for short. This is a concept we’ve been working on at KMI since we launched the SoftStep all those years ago, but it’s really starting to gain traction in the MIDI community at large. The idea that a control surface can have multiple dimensions of control data being sent simultaneously is being embraced by everyone from the guys at ROLI with their Seaboard Rise controller to Roger Linn and the LinnStrument. What’s even more exciting, though, is that this standard is increasingly being supported by software manufacturers. We were happy to demo K-Board Pro 4 with the Equator synthesizer from ROLI; as they say, “a rising tide lifts all boats.”

We were visited by members of the Google Android Audio and MIDI teams, as well as Google WebAudio/WebMIDI Developer Advocate Chris Wilson. The work they are doing to democratize and decentralize Audio and MIDI bodes well for the future of collaborating and Making Music in the Browser. We’re looking forward to working more with them as we take that step into the future.

Our friend, guitarist Vernon Reid from Living Colour, came to the booth to check out some of the KMI Labs gear. Vernon has used several of Keith’s guitar interfaces over the years and had high praise as well as some good ideas as to how to integrate the technology into a user’s workflow. It was very informative, and Vernon’s passion for guitar technology is both inspired and inspiring. 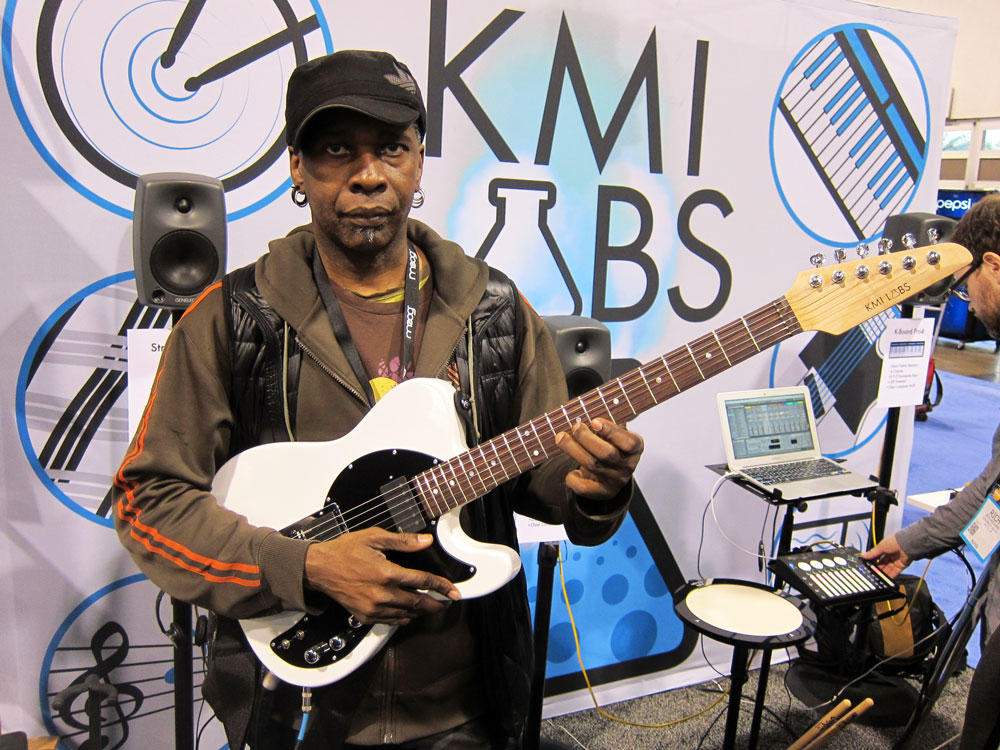 Vernon Reid of Living Colour with the StringPort2 Guitar

Naut Humon of Recombinant Media Labs and Asphodel Records dropped by the booth to visit with Keith and check out the K-Mix. It was great to talk with him about the importance surround mixing will play in the coming VR renaissance, where the immersive experience will require surround soundscapes (Did we mention K-Mix has Ambisonics running on-board?). We were pleased to be able to give Naut a K-Mix unit to show off at VRLA the next day. 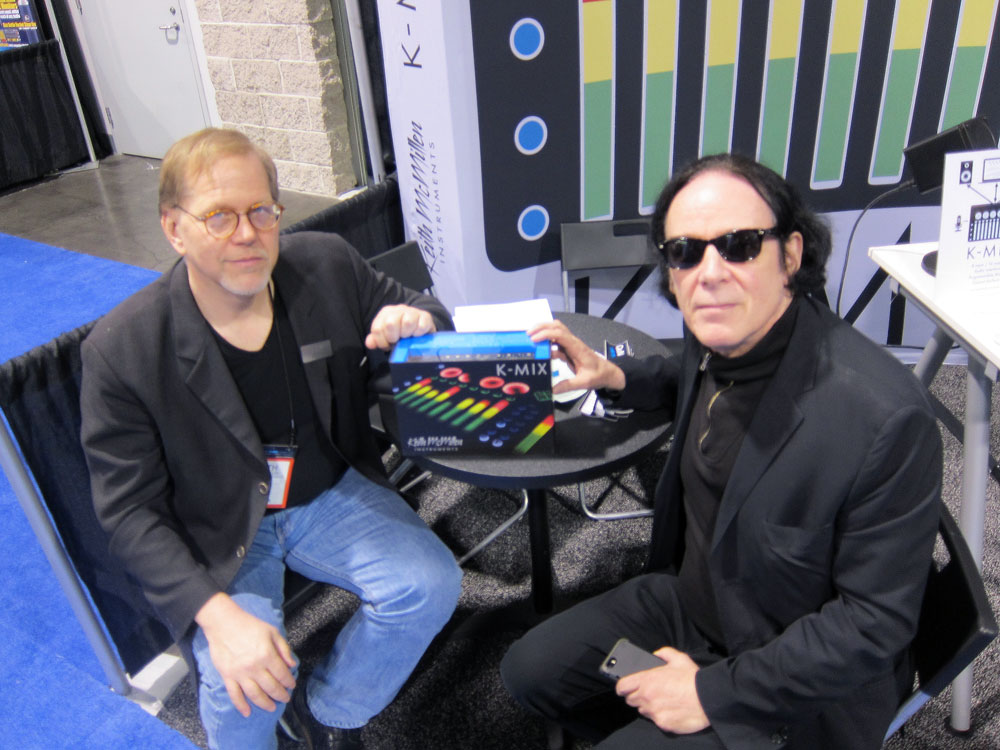 Our biggest celebrity encounter was, by far, when Stevie Wonder and his entourage visited the booth. It’s hard to describe exactly what it was like, except that one moment you’re explaining the flexible routing scheme of the K-Mix and the next STEVIE WONDER IS THERE. He got a chance to play with the BopPad and the K-Board Pro4, and he was as gracious and pleasant as could be. His hands on the K-Board, exploring the surface and its response, listening and learning and then understanding the implication of all the sensor data and what it meant for music making, was nothing short of magical. He embodies legend in just about every sense of the word. 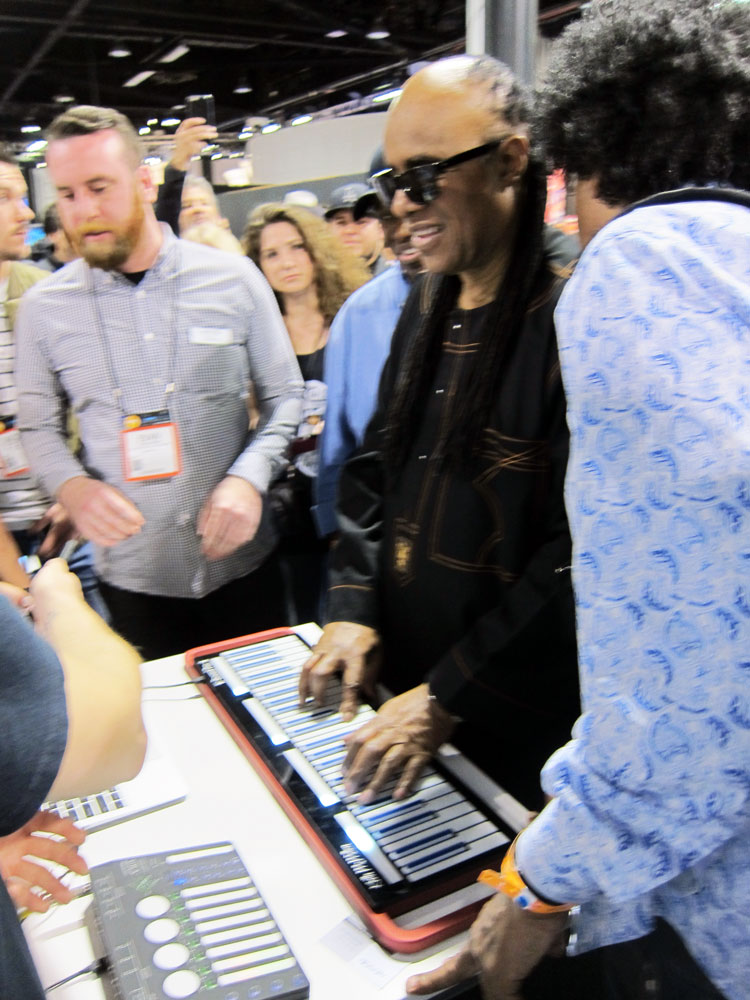 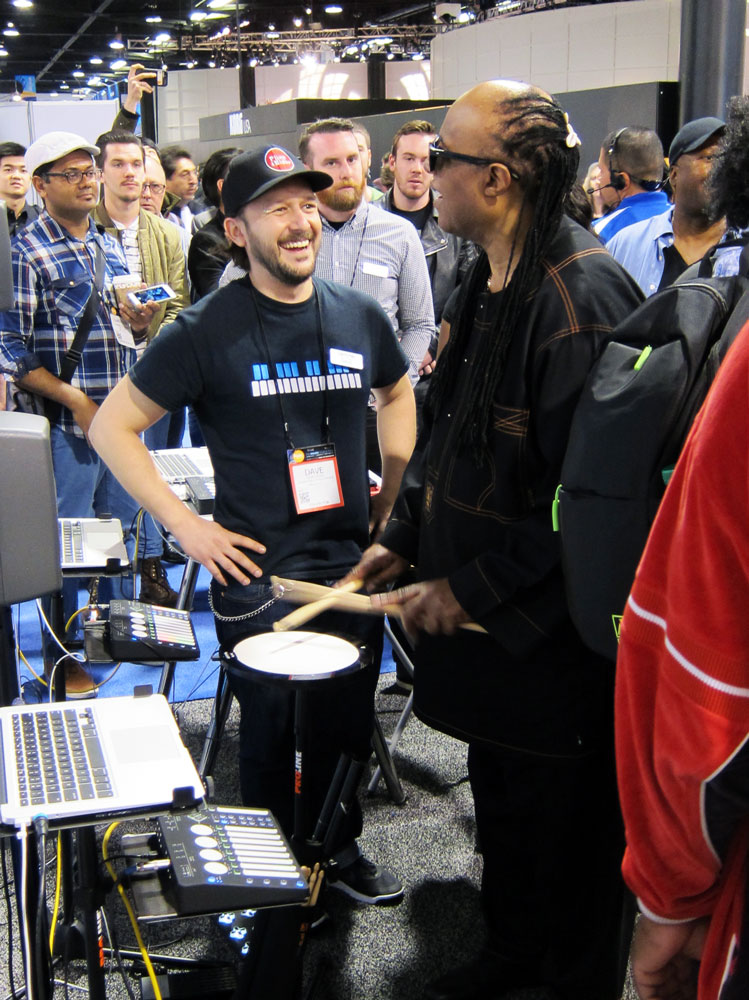 So all in all we left Anaheim feeling good, albeit hoarse and exhausted, but still we could call it an unqualified success. Thanks to everyone who came by to see what we are up to, who told us their stories, asked us interesting questions, and made NAMM 2016 a great time. See you next year with new gear!