Julian Velard is a pianist, singer-songwriter and native New Yorker. We asked him for a list of 10 of his favorite albums and he responded with this excellent list of clever, fun singer-songwriters and mellow 70s productions. 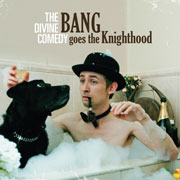 Neil Hannon has been known as a master of wit and wordplay since his the mid 90’s. To me this album is his masterwork. Written in reaction to the financial crisis of 2008, Hannon explores a fantasy world of unapologetic capitalist aristocrats living in London town. The theatrical orchestrations wonderfully compliment the 12 Bacharach meets Newman songs. 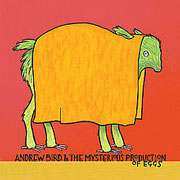 When I first heard this record in 2005, it blew my mind. Andrew Bird’s sense of melody, inventive use of the violin (it at times sounds like both an acoustic and electric guitar!), funky indie grooves, and virtuosic whistling ala Harry Nilsson was a mixture of elements I’d never heard before. The lyrics are nonsensical at times, but the original and homemade sound of the record make the angular songs feel like old, eccentric friends. 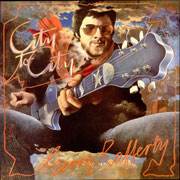 I LOVE the sound of this album. I’m pretty sure the whole thing was recorded through a Trident A-Range Desk. As soon as I learned that, I bought an emulation of the EQ straight away. Everyone says they made better sounding records in the 1970’s, and City to City is definitive proof. Best known for the monster smooth Jazz hit, Baker Street, the album holds a slew of gems, from the lesser known Whatever’s Written In Your Heart, to the brilliant mechanical groove of Right Down The Line, a sizable hit in its own right. 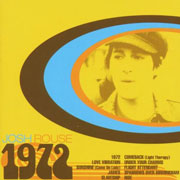 While I’m on the topic of 70’s records sounding great, this Josh Rouse album was inspired by and shares a lot of the production quality of seminal Carol King and James Taylor records while incorporating the power and value of modern production. Brad Jones, the producer, walked that tightrope brilliantly here. Brad if you’re reading this and you’re into the songs written by neurotic NYC piano men, please tweet me @julianvelard 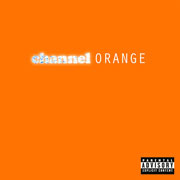 What can I say about this album that hasn’t been said. In my opinion it’s the most original and genre busting R&B album since Lauryn Hill’s Miseducation. There are so many different influences at play. I’ve heard stories about the original mixes being so cluttered that the producers found the album’s sound only by methodically stripping back tracks one by one. I love how there are no more than 6 to 7 things going on in a song at any given time. It’s the best example of modern minimalism in Pop production to maximum effect. 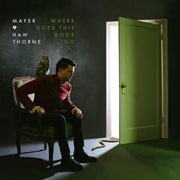 Mayer Hawthorne’s Where Does This Door Go?

You want a successor to Steely Dan? Here he is. Hawthorne’s first two records are simulacrums, perfect imitations of Philly Soul without the heart and, ironically, soul. I don’t know Where Does This Door Go? started out that way, then blossomed into something original, a hybrid of bedroom indie R&B and Steely Dan. One listen to the first song, Back Seat Lover, and you might think you’re in for a 2012 version of Pretzel Logic. And you might be right. Fans of smart, slick pop music need to check this album out ASAP. 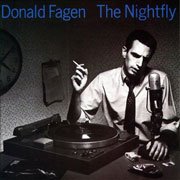 I feel I have to mention an album by the maestro himself that has influenced me as much as any other by the Dan. To me the production on this album represents a lot of what was sonically right about the 1980’s. Tight, FM keyboard sounds that feel organic and, when appropriate, silly. Dennis Chambers’ drumming is so perfect you forget this record was made 12 years before Pro Tools. And Fagen’s dark sense of humor and advanced harmony are on display as much as ever. 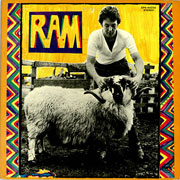 Never doubt, Macca is the master. Sure his songs often sound like the meanderings of a stoned hippie with zero self awareness, but his melodies are… simply not of this world. I think this album represents the best of his post Beatles catalog, and my assessment includes Band On The Run. RAM is one of the best sounding things of vinyl I’ve ever heard. It’s so great I can almost forgive the nonsense that is Monkberry Moon Delight. 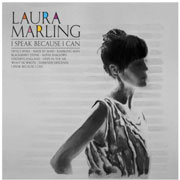 Laura Marling, I Speak Because I Can

This woman is the closest thing we have to a modern-day Joni Mitchell. She was 20 years old when this record was released and the maturity in the songs is staggering. It’s recorded simply and beautifully, much like the haunting Nick Drake classic, Pink Moon. Her free association lyrics and folky-yet-random forms allow her songs to wash over you, bring you fully inside the  stories she tells. A great record for a rainy Sunday afternoon sitting in the window. 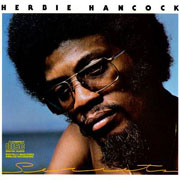 In my opinion is the first time Herbie successfully fuses the sophisticated jazz of Madien Voyage with the avant groove leaning of the immortal Miles Quintet records into real compositions. It’s an album of instrumentals but each track feels very much like a song. Also Herbie’s synth journey is at the perfect place on this album. All the leads sounding like strange, electronic reed instruments. And boy, this album grooves hard!

and here’s a music video for his ode to New York City transportation: