Tracy Silverman is an musician, composer, producer and champion of the electric violin. His unique instrument and innovative technique have led to collaborations with composers the likes of John Adams and Terry Riley, and performances ranging from the gala opening of the Walt Disney Music Hall to premieres at Carnegie Hall.  We caught up with Tracy to talk about reinventing the violin, creating a new musical language, and cutting new paths through the jungles of modern music. 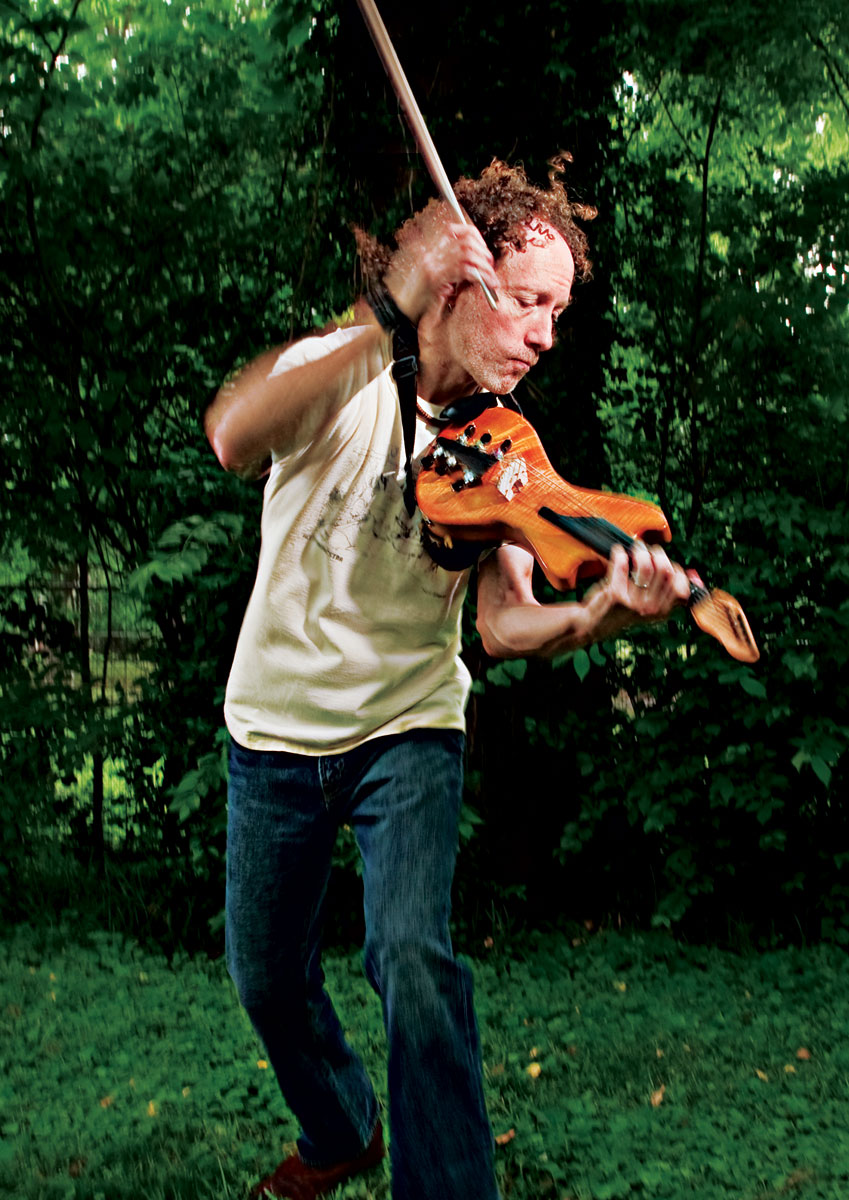 For starters, can you tell us who you are and a bit about what you do?
I play electric 6-string violin. I started out classically, but while studying at Juilliard realized that I needed to take a different path. I wanted to play music that my generation was listening to, which was rock mostly, rather than the music of the past, as much as I loved and respected classical music. I also wanted to write and not just play other people’s music. I knew that all the great composers wrote in the idiom of their own time and place, so my mission in life became to make an updated version of the violin and develop a style of playing which would be more a part of contemporary musical culture of rock, jazz, etc. I started building electric 6-string violins in order to sound more like electric guitar. I figured if Tschaikovsky were alive and living in the US, he would write an electric guitar concerto instead of a violin concerto. And I wanted other composers to take this new violin seriously and write for it, to develop the repertoire for future electric violinists. So I’m proud to have had major concertos written for me by John Adams, Terry Riley, Kenji Bunch and Nico Muhly.

Tell us a little bit about the instrument you play. How did you come about the idea and were there many iterations in the design? What was the process like?
Many iterations. It’s still a work in progress. In the early days I was building them first with Mark Wood, who now has his own electric violin company, then on my own and then started getting guitar makers to make them for me, to my specifications. Different woods, solid/hollow/semi-hollow, tuners on the headstock or reversed, fretted/unfretted/partially-fretted, guitar strap/neck strap—so many different versions over the years. A lot of research and design, trial and error. Many, many hours and dollars in pursuit of tone and playability. That’s why I appreciate what you guys do—rethinking things from the ground up. That takes not just vision, but lots of time and money.

Ok, chicken-and-egg question here: In addition to a new style of violin you’ve created your own style of violin playing. Which came first? What’s the interplay between instrument and idea?
Great question! The instrument definitely caused my playing to change, but of course, I wouldn’t have made the instrument in the first place if I hadn’t had the idea to update the violin and heard in my imagination how it could sound, which was driving the whole process.

When I first started playing electric, I discovered that just plugging the instrument in didn’t make it sound like a guitar. Even distorting the tone didn’t make it sound like a guitar. I had to change my vibrato, my bow stroke. It took me years to forget everything I learned at Juilliard. So I deliberately started holding the instrument very low like a guitar, all the way down below my chest across my stomach with a guitar strap. This forced me to play differently and actually move differently and freed me up to develop a more guitar-like approach. Having 2 lower strings was significant not just because it allowed me to hit low notes but because suddenly it allowed the violin to be a true rhythm instrument for the first time, capable of playing full chords with bass notes like a guitar. The 4-string violin compared to the 6-string is like a ukelele or mando compared to a guitar. It can play chords but not with the fullness that we generally associate with a chordal instrument like the guitar or piano.

But the real surprise for me was that having those 2 lower strings changed my bow arm. Now that I could play chords, I had to figure out how to use the bow in a contemporary way. A violin bridge is arched, of course, so you can’t really strum it like a guitar, so I started working out a way of playing rhythm chords like a guitar, and then I joined the Turtle Island String Quartet and learned how to “chop”, another way of playing rhythm and chords, from Darol Anger, and all of that became synthesized into a technique I now call Strum Bowing. 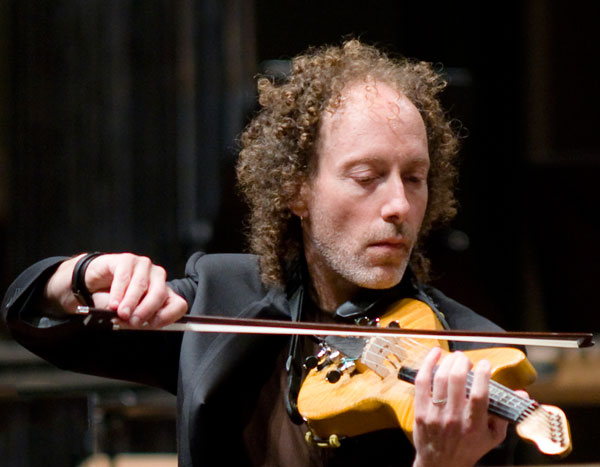 Haha. Not sure it’s the usual path for Juilliard students. A few things happened at the same time for me, I think. First, I was really turned off by the competitive nature of it all—contests, endless hours of practice to do flawless performances. I was really getting into jazz and loved the realness of Miles and the creativity of it. I realized that music and art in general is not about being perfect, it’s about being a person. Miles was sharing his humanity. I wanted to share mine, but felt like I needed a little more creative space than the classical stage generally allowed. I started playing in rock bands because the expectation of the audience was very different. They didn’t care if a note was dropped here or there as long as the intention was there, the intent to share or to entertain or to be creative. It seemed very shortsighted to me that the classical scene had become so focused on flawlessness that it was blocking so many musicians from being creative. That can’t be a good thing. I just moved away from all that as fast as I could.

What’s been inspiring you lately?
I’m really excited about how much new music is being made these days by people who seem to genuinely know how to rock or at least dig rock and pop music. People like Jonny Greenwood, from Radiohead, making music that’s a rich synthesis of both rock and classical, listened to by way more young people than typically go to symphonies. Chamber rock, indie classical, art-rock, whatever you want to call it- what’s real is that there is this vibrant creativity going on and lots of really cool pieces being written and played and listened to, often by “bands” or small ensembles doing interesting stuff in informal club settings. This is where creativity and growth happens.

Any advice for young players out there trying to navigate a centuries-old instrument through uncharted modern waters?
Don’t just listen to violinists! Free your ears and your mind will follow.

The kingdom of heaven is within! Thanks, Tracy!