Steve Lawson is, among many other things, a bassist and blogger based in the UK. I recently read a piece he wrote called The Future’s Bright, The Future’s Tiny – Why Small Is The New Big (which I highly recommend checking out) and had a couple of questions for him about navigating the modern musical world and balancing economic and creative sustainability. Steve was gracious enough to oblige me with an interview wherein we touched on the topics of forming musical relationships, the “conversational economy”, and Bandcamp’s new subscription service for artists. 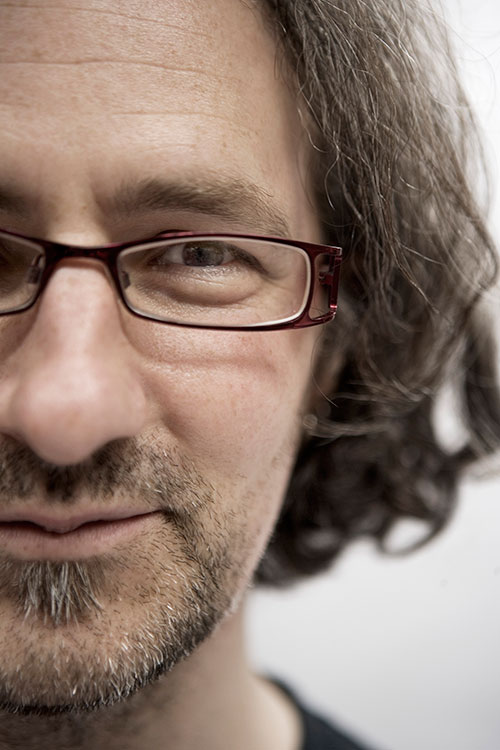 For starters, can you tell us who you are and what you do?
I’m Steve Lawson and I do a lot of things! The centre of the wheel from which all the spokes branch out is that I’m a musician who plays bass guitar in a fairly unconventional way. I’ve been exploring the possibilities around processing and live looping bass for about 20 years, and in the last 15 years have released somewhere in the region of 38 solo and collaborative albums, almost all of them live – either in the studio or in front of an audience – and improvised. On top of that, I play on other people’s records, I teach, I write both for the web and as a print journalist, and I work in social media…

I read the text of your Pecha Kucha presentation from the Small is Beautiful conference and was taken by the part where you say that in the current age of mass digital reproduction we’ve lost the Enchantment inherent in the Ritual of buying physical goods and that to keep the music and magic alive performers need to foster relationships on the micro level. How does one go about creating these relationships, making strangers into fans and friends?
I think the key element is to reject the pre-millennial narrative that saw audience growth and sales growth as the most important measures of success for a musician. Having that focus leads you to behave in ways that are antithetical to forming sensible relationships with the people who listen to you. I tend to avoid the word ‘fans’ just because it conjures up all the baggage of that era. I’m fascinated by the people who are drawn to my music, I’m interested in their path to discovery, where they listen to it and what utility it might perform for them, and then the ways in which they choose to tell their friends about it. The primary mechanism for having those conversations is, obviously, the web, though meeting people at gigs is equally enjoyable! I gravitate towards online platforms and environments that foster that kind of communication between artists and their listeners, and between listeners – that’s one of the main reasons why I currently favour Bandcamp over any other download distribution and sales platform. Everything is about that conversation and its value to both me and the listeners.

How does this “conversational economy” measure against, say, Amanda Palmer’s “asking economy” and crowdfunding’s “sharing economy”?
For me the overarching theme is one of gratitude – people will pay for and talk about things they are grateful for as a way of expressing that gratitude. I do it as a listener all the time. I try to model what being a good supporter of music looks like. I spend a lot of time talking about the music I love, and I spend an awful lot of money on other people’s music, in ways that hopefully help make their music practice more sustainable. So sharing, asking and conversation are mechanisms, but the currency is gratitude, which is then expressed in different ways – through paying for music and gigs, but also through advocacy and other kinds of emotional and material support. Whether that’s organising gigs, or just emailing you to say how much the music has meant to them.

Where does streaming content fit into this paradigm? Do you think that’s a model that can be fixed to work for smaller independent musicians?
Streaming as a sole means of revenue for recorded music requires an audience scale that drastically impacts the kind of music you’re going to make. If I knew that in order to make music sustainably, I needed to be making music that could generate a few hundred thousand unique streams a month in order for me to make any money at all, it’d ruin my entire musical project. That’s never going to happen for niche artists, and it *shouldn’t* happen – I don’t want a massive audience, I don’t want the problems that come with that kind of scale. So if we care about diversity in music, about niche music, about music made for people in smaller communities, then we need to have much better ideas about how we support the people who make the music we care about. As soon as we’re thinking purely about ease and cheapness for us as listeners, we’re screwed. We’ve stopped caring, and mutual care has to be at the heart of that gratitude transaction.

That said, Bandcamp is a streaming platform – it’s just one where the financial model is based on ‘buying things’ rather than paying to get through a toll booth to ‘all music’. I spend way, way more on Bandcamp than I’d ever pay for a streaming subscription, and I’m happy to because it makes it possible for people to make the music I love. That seems obvious to me.

Your subscription music service is pretty unique, can you tell us a bit about it?
I was one of the first three artists on Bandcamp to be offered the opportunity to trial their subscription service, and jumped at the chance because it’s such a great fit for the prolific way I generate recordings. I record all my gigs, multi-tracked, and as many of my collaborations as possible, so the old school cycle of recording/promo/release/tour/recoup was never going to work. I want to be able to release things as they’re done and move on without doing months of strategic planning. So being able to give people access to all of that for a fairly nominal sum (at the moment it’s £20 a year, and you get 14 albums of back catalogue stuff with that as well as everything I put out in the year) is perfect. The response to it from those who’ve subscribed as been really positive. For a lot of them, it’s actually about saving them the hassle of having to go and buy each thing I release. They’ve got that covered, it just arrives in their Bandcamp app! I’ve got a lot of new releases coming up, and the subscription money is paying for the development time on my next big solo record – at the moment, a lot of that development time is actually me getting to grips with the possibilities of the Quneo! 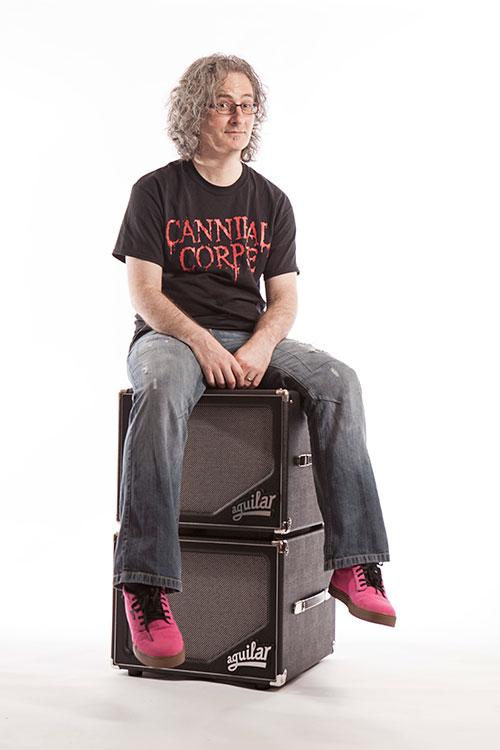 Ok, enough of the heady, economic stuff. What has been inspiring you lately?
Ooh, a lot of things – perhaps unusually for an ambient electronic artist, I listen to a lot of extreme metal – of late that’s included Cannibal Corpse, Entheos, Job For A Cowboy, Barús, Triptykon and some others. On the more electronic front, I absolutely LOVE Beardyman’s Distractions album, and am really enjoying the new David Torn album, Only Sky. I’m also digging a brilliant house/EDM duo from Australia called B(if)tek, and another found sound/electronica artist from London called EKM.

I’m also inspired by ideas I’ve stolen from a few of my recent collaborators – the inspiration to explore playing percussion and synth parts with the QuNeo came from Divinity Roxx – she’s a bassist, MC, singer, composer and producer, who toured with Beyoncé for about 6 years, and we have a duo together that’ll be touring over the next year. I’ve also got a new quartet that features Reeves Gabrels on guitar, and some of his harmonic ideas, and the sounds he gets with his pedals are creeping into my playing! He’s a huge inspiration!

What’s your performance rig these days?
The basses are all Modulus – 6 string fretted and fretless and a 4 string fretted. In the rack, I have a Lexicon MPX-G2 and a Looperlative LP1, both controlled by my SoftStep 2 via the MIDI expander – I love that I can have multiple controllers in the same preset outputting on different MIDI channels to control both units at the same time and have them interact in interesting ways. The mixer at the heart of my set-up is a MOTU Ultralite, I have a Kaoss Pad KP3 that I use to post-process the Looperlative, a mountain of pedals from MXR, TC Electronic, Darkglass, Aguilar, Markbass and Subdecay amongst others, and currently a Macbook Pro running Reaper for live recording, and Ableton Live just as a sound library for the QuNeo – mainly using the 808 kit and some pad sounds. That’s brand new and I’m really enjoying exploring what’s possible with that!

Any plans for the near future?
Work is well under way on the new solo album – ideas are being generated and my subscribers are getting to enjoy the best of them. I’ve also got a few live projects that will be out soon, as well as the first couple of preview tracks from the duo with Divinity. In the autumn I have a tour with fellow solo bassist Jonas Hellborg, and some tentative plans for more playing with Beardyman. And if that wasn’t enough, I’m starting a PhD in September, looking at how audiences relate to improvised music. So, yeah, pretty busy 🙂

Thanks for the chat, Steve!