Casey Foubert is a multi-instrumentalist and engineer currently recording and touring with Sufjan Stevens. We caught up with Casey to talk a bit about the recording and rehearsal process of Sufjan’s Carrie and Lowell and what he’s been listening to lately. 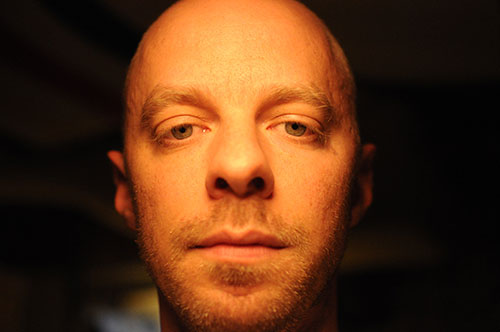 For starters, can you tell us who you are and what you do?
My name is Casey Foubert, I’m a multi-instrumentalist (guitar, bass, drums, keys), recording/mix engineer, record producer, and songwriter.

You’re an accomplished multi-instrumentalist and engineer, and on Carrie and Lowell you’re credited as a “primary artist”. What were your roles in getting the album together?
A couple summers ago I spent a week recording with Sufjan at April Base in Eau Claire, Wisconsin. I played various acoustic guitars, ukulele, zither (which I think didn’t end up getting used), and some electric guitar.

The album is pretty epic in scope in terms of instrumentation and arrangement, but at the same time the sound is rather delicate and nuanced. What was involved in scaling the songs up to tour-size and getting them ready to perform live?
We did two separate rehearsal periods leading up to the tour. During the first, we got the new material under our fingers, figured out who would play what, came up with general ideas for drums/electronics, and worked up sounds and samples for everyone’s Ableton rig. During the second set of rehearsals we workshopped new arrangements for some of the songs, drilled stuff, and started working up older material.

It’s also probably the more intimate and personal record Sufjan has recorded, what was it like being in the studio during that process?
There was a sense that we were working on heavy material, but we didn’t dwell on it. We mostly focused on getting good takes (lots of fingerpicking!) and cool sounds. Brian Joseph was engineering and Sean Carey and Ben Lester were around too. All folks I love, so it was a really special time for me. Also, April Base is a magical studio in a beautiful location.

Do you have any tour essentials while you’re out on the road? Superstitions?
I have to wear clean, matching socks when flying. I try to pack as light as possible.

What’s been inspiring you lately?
Early Scorpions, Early Motorhead, Aphex Twin’s new EP, Clark, DJ Rashad, Nick Lowe, Sleep “Dopesmoker” (looking through recent most played tracks). Also, my daughter. She just turned two, watching her learn about the world is like getting a masterclass in creativity all day long every day.

Anything else on your mind you’d like to talk about?
Just want to thank you guys for making really useful, expressive midi controllers. We’re using two QuNexus, one QuNeo, and one 12 Step on stage and they’re great. Thoughtful midi controller design makes such a huge difference when you’re playing stuff off a computer!