Blackbyrd McKnight is a celebrated funk jazz guitarist who has played with everyone from The Headhunters to Red Hot Chili Peppers to George Clinton and Parliament Funkadelic. We caught up with Blackbyrd for a list of 10 albums that really blew his mind, and he hit us back with even more! Check out his picks below!

1. Jimi Hendrix, Are You Experienced, Axis Bold As Love, Electric Ladyland, and Band Of Gypsys

There were many artists that captured my attention throughout my life, but none more than this guy, this band. His guitar skills along with his songwriting, and imagination he drew from his mind to the tape machine. His way of reinventing the blues, his musical vocabulary, captured me from the very beginning and his records only got better as time went on. This artist’s music grabbed me with not only one album, but at least four; so I choose to put them all as they had the same impact. 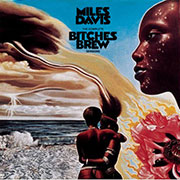 I was listening to Miles Davis since I was a child, so I was familiar with his music. But when this one came out it sent a message that sent me straight to the record store and cop. This album has an all-star line up of musicians whose performances I still enjoy now as much as I did then. Miles went into the future with this one. At this time I was listening to the way music was changing and this album took me to that place. Like a couple of other albums I mentioned, this one changed the way everybody did things. Among some of the best recordings EVER!!!!!!!!!! 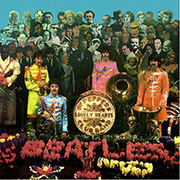 A classic if ever there were one for me. The songwriting along with mixture of classical instruments with rock ’n roll I’d not heard before. This album was right on time and opened the door for what was to come musically for me!!!!! Everything about this album was great. 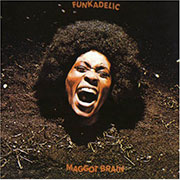 Straight out loud unabashed Funk Rock!!!!!! As ya’ll should know I LOVE this band and this album has no grooves left on it from me playing the shit out of it. It’s RAW, HARD, FUNKY!!!!!!!!!! About as raw as raw can get, and I had to have some o’ that. There are so many great albums by this band and this was one of the ones that got me started on this bandwagon. 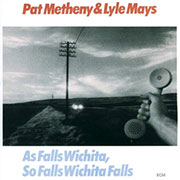 Pat Metheny is not only one of my favorite guitarists, but composer as well. On this album he moved away from the traditional way of making jazz records by making compositions witch told a completely different story than the typical jazz album format. From beginning to end, for me this album is a masterpiece. 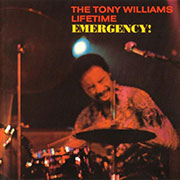 This album is simply called “the Bible”. Arguably the first jazz-fusion album to date. They should definitely get the credit for laying the groundwork for fusion. Two albums of the most intense jazz exhibition I’d heard at the time, that still holds up to this day for me. Tony Williams, John McLaughlin, Larry Young. Nun said!!!!!!!!!!!!! 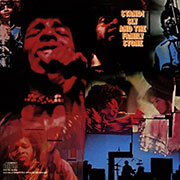 7. Sly And The Family Stone, Stand!

Fresh, cool, and funky, with some of the greatest songwriting known to man. You can put this one on and play it from beginning to end as well. One my favorite albums and bands of all time!!!

I am a Curtis Mayfield fan from the Impressions on. I love the way Curtis tells a story, not to mention his guitar skills as well. I sat up many nights listening and learning these two albums. Both loaded with classic hit songs!!!!!!! Love me some Curtis!!!!!

9. Miles Davis, Miles Ahead and Sketches of Spain

Again, listening to these albums gave me access to some of the coolest music of life. The arrangements are deep and the musicianship is just great.

I could not name just one, and two is not fair either, but these two I can name as early influences. Truth is I love all this man’s music. I’ve been influenced by most of the things I’ve heard from him and I just keep on listening. Not to mention that the cat is one killer guitarist!!!!!!! Dude is DEEP!!!!!!!!!!