As some of you may know, the weekend of Oct. 30th this year saw the first (maybe annual) Loop conference sponsored by Ableton. It was billed as a ‘Summit for Music Makers’, and throughout the weekend it definitely lived up to that. I was a little concerned that this weekend would be a little too focused on the software and turn into a giant user group. That was definitely not the case. The event was more about connecting like-minded creatives from all corners of music technology. It was philosophically engaging, technically impressive, and creatively inspiring. 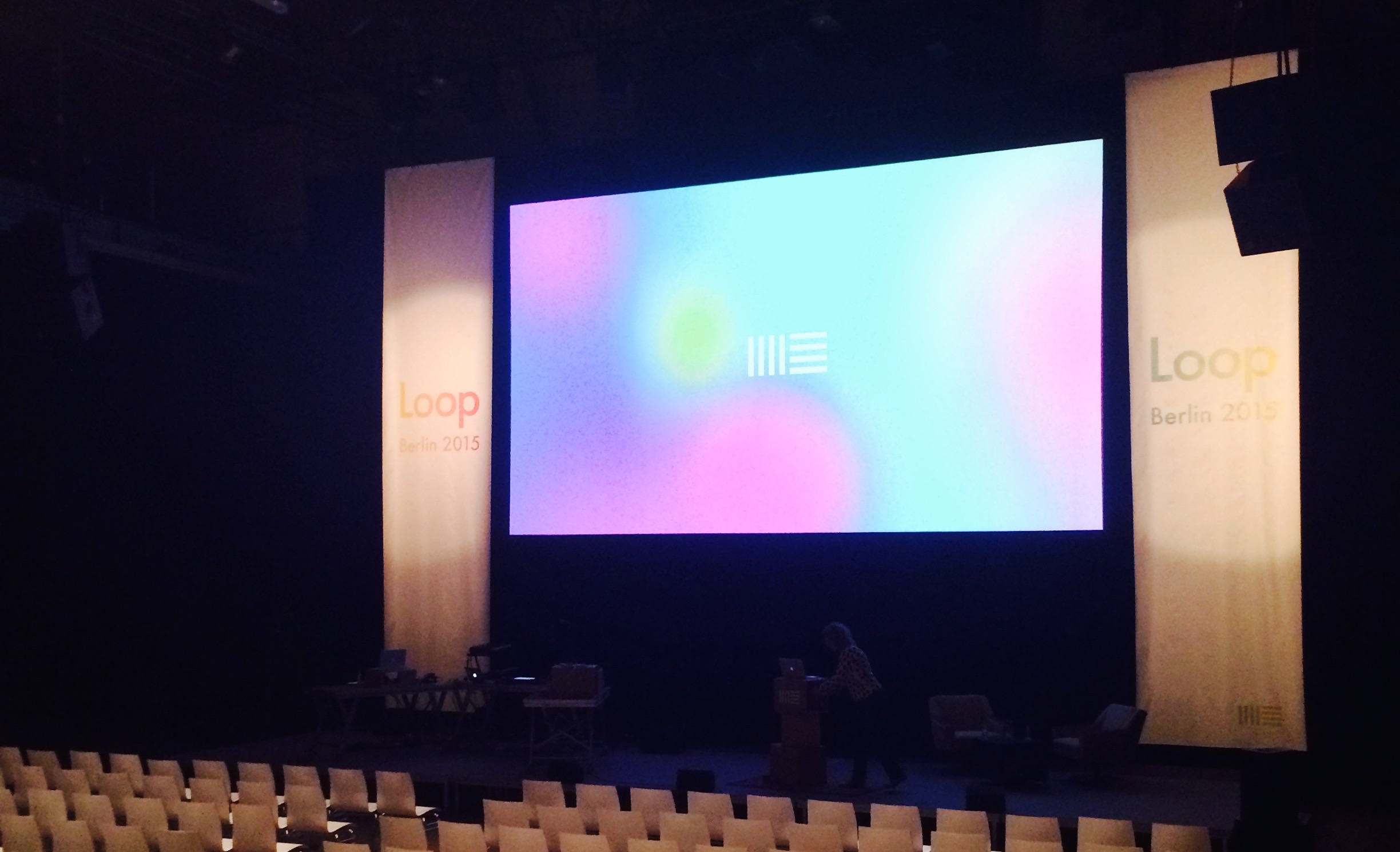 The first night began with a social gathering at Radial System V, the venue that I would get to know quite well over the next few days. Ableton employees, software developers, experimental artists and beat makers, among others, all milled about drinking beers and espresso. Around 5:00 pm we were all summoned into the main hall for the first performance of the weekend. King Britt, Claudio and Gloria Justen took the stage and played for about 30 minutes. The music was interesting (voice, violin, computer and controllers) and well performed, but what I enjoyed most was the implications in the music. This conference was going to very much be about collaboration and live performance. I’m sure that I am not alone in being frustrated as a computer musician in certain musical situations. Sometimes the immediacy isn’t there, or I can’t speak through the computer as well as I’d like. This conference would continue to present options for dealing with these problems, and show new ways that people are approaching collaboration, musicality, and improvisation with a computer.

After the thirty minute set, Dennis DeSantis introduced the keynote speaker, Robert Henke. If you aren’t familiar with his backstory and projects, I encourage you to educate yourself. If you are an Ableton Live user, you are indebted to Henke, at least in some small way. Henke was one of the creators of Live (along with now CEO Gerhard Behles, and developer Bernd Roggendorf) and a lot of his philosophies influenced the first version of Live and can be seen in the software to this day. The title of his talk was ‘failure = success’, which on first glance seems like a contradiction. Over the course of the address, he would prove otherwise. That particular statement (for artists at least) is as true as any.

Henke touched on many different topics, and many different parts of his evolution as an artist. He discussed his interest in lasers, which gave birth to the Lumiere project. He gave us insights into why he viewed some parts of that project a failure. He discussed performance and his time building the monodeck I and II, he said “performance is a way to refine the composition’. Actually playing the music seemed to reveal a lot to Henke about what the composition needed to be successful. He flirted with production advice such as separating tasks (don’t be everything all the time),and taking away to solve musical problems rather than adding. He advised to not always look to modify your toolbox, instead work with what you have so your tools become second nature.

Through all of those points, one thing kept coming back in one form or another: the need to continually experiment and take chances with how you approach creating music. Experimentation leads to new ideas, and I think that most of us working in the computer music world are interested in the new ways we can write and perform music. That’s the principle reason I started making music with a computer. There isn’t a traditional repertoire to learn (yet!), there are sounds and techniques that haven’t been seen or heard before. The beautiful thing about experimentation is that “You only know that experiments are bad after the fact.” You can look at experimentation as practice for electronic musicians; every failure is a lesson learned, or a technique explored. I think that experimentation should be a big part of everyone’s creative routine, and should be embraced at a pedagogical level in the electronic music world. If we keep doing the same thing musically, regardless of how successful it has been in the past, there will be no room to move forward.

This statement is something that I plan to keep handy as I try to harness some of the creative energy that I soaked up at the conference. You can’t expect to succeed at everything all the time musically. Being prepared to fail, not being afraid to fail, and embracing failures as a place to start moving forward are important (but difficult!) lessons to learn. As artists, it is our job to continue to try to move towards new ways of expression. But maybe most importantly, as Robert Henke said, “Let’s make more weird noises!”