Marc Urselli is a 5-time nominated 3-time Grammy Award winning engineer, producer, mixer, and sound designer based out of New York City. He has recorded the likes of Mike Patton, Laurie Anderson, and has recorded all of John Zorn’s albums since 2007 (as well as some on Zorn’s label Tzadik). We asked of him the ridiculously unfair task of picking 10 of his favorite albums, or just 10 albums that were influential, or perhaps 10 albums that fit one theme or another, but there are some musical tastes that cannot be bound by such lists. However, on a trip to visit his parents in Italy, Marc was reunited with his old collection of tapes and CDs from his youth as a kid in the 80s. It’s from this trove that he has selected for us 50 of the albums that shaped his musical tastes at a young age. 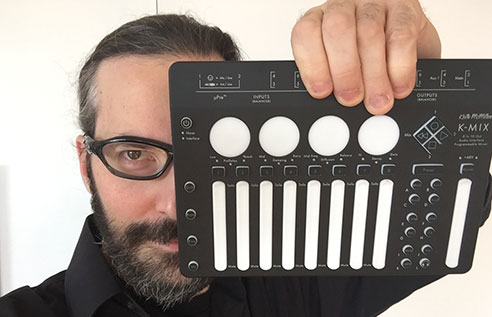 “With over 7000 physical albums in my collection, I have never even wanted to attempt to make a desert island top 10 list. I just would not be able to do that. Too many. Wouldn’t know where to start. But recently I challenged myself to make a list of the 50 albums that were most influential in my most formative years. As I was looking at the release dates of these albums I realized they are mostly from between 1988 and 1993. Those, I guess, were the prime years of my musical awakening. I’ve listened to all sorts of things ever since but these roughly 50 records (here in no particular order) defined the shape of things to come in my record collection.”